What are non-substance addictions?

Addictive substances are present everywhere in our society today, from the most anecdotal social situation to cinema, television and the consumption of other media types. If we think of addiction, tobacco comes directly to mind: it kills up to half of the people who consume it, 7 million inhabitants on Earth die annually directly from this addictive substance and only 5% of smokers who try to quit on their own will succeed.

When nicotine is delivered to the body, the brain sends stimulating signals to the adrenal glands (in the kidneys), which release the hormone adrenaline and increase circulating levels of dopamine, a neurotransmitter associated with well-being. Changes in the dopaminergic circuit and substance abuse cause variations in the mesolimbic and mesocortical circuits – in the end, the more a drug is consumed, the more it takes to achieve the same gratification. Nicotine is estimated to be 5 times more addictive than cocaine.

If we talk about addictions, describing the mechanism of action of tobacco, heroin, cocaine or alcohol is simple: substances enter the body that stimulate the patient, cause damage in the process and generate resistance and withdrawal syndromes. However, things get complicated when we focus on non-substance addictions, such as gambling, video games, Internet use, and other events. If you want to know everything about the subject, keep reading.

What is an addiction?

Addiction, from a clinical point of view, is a psychosocial disorder characterized by the repeated use of drugs or, failing that, the performance of certain activities that can be detrimental to the patient and the environment that surrounds him. For the addiction mechanism to take place, the person must have continuous access to the problematic substance / event, since it is the exposure to the stimulus that enables tolerance and, therefore, dependence.

We are facing a series of multifactorial clinical entities that are very difficult to address, since physiological, genetic, epigenetic mechanisms (activation / inhibition of genes according to the environment), age, environment and many other things play an essential role in their development. Without going any further, the chances of developing certain addictions if the parents also present them are 60% and up to 90% of addicts have other associated psychiatric problems.

According to the American Psychological Association (APA), human beings can develop addiction to 10 substances: alcohol, caffeine, cannabis, hallucinogens, inhalants, opiates, sedatives, hypnotics and anxiolytics, stimulants and tobacco. So, from lorazepam to relax in a moment of extreme anxiety to heroin, there is no doubt that a person can become dependent on any of these substances if they consume enough of them.

So far, it all seems pretty straightforward. The Diagnostic and Statistical Manual of Mental Disorders (DMS-5), published by the APA in 2013, provides very clear and easy-to-follow definitions and diagnostic criteria for substance abuse. What about non-substance addictions anyway?

In the mass media, bombastic names are increasingly seen to designate disorders related to typical activities that we carry out in our day to day life. Interaction with the reader is sought and, therefore, sometimes the truth is missing in search of a click. To define which are the clearer addictions without substances, it is not enough with the anecdote, because we have to turn to professionals in psychology.

We begin by citing what the APA does not consider to be potentially addictive activities. Among them, we find the following: shopping, tarot, dancing, tanning, work, board games, sex or sports. According to the DMS-5, “There is not enough evidence to establish the diagnostic criteria and descriptions of the course of the disease necessary to identify these behaviors as mental disorders.”

As you can see, almost nothing that is considered socially addictive today outside of substances has been endorsed by the scientific community, at least for now. However, there are some examples that show that addiction without substances is possible.

Pathological gambling: an addiction without substance

Gambling, for example, is a disorder equated to substance addictions in every way, so it was listed in the DMS-5 in the block of “Substance-related disorders and addictive disorders.”

This is not surprising, since studies have shown that brain activation at the moment in which a large prize money is received is similar to that observed in a cocaine addict receiving a dose. Norepinephrine and dopamine play essential roles in the development of gambling addiction, as does the mechanism that hooks people on tobacco.

As in the case of any other disorder, there must be a diagnostic criterion that can support it. We obtain the following guidelines for detecting a gambler from the American Psychological Association (APA):

For a person to be diagnosed with this disorder, they must present at least 4 of these 8 traits for a period of one year or more. As we are facing a disease, there are standardized criteria that allow its evaluation.

Video games: an example of addictions without unproven substances

On the other side of the coin we find, for example, video games. Although the repeated use of this form of entertainment at the cost of personal well-being and the environment has received recognition by the WHO in its International Classification of Diseases (ICD), the APA has not found enough scientific evidence to classify it as a disorder , that is, we are facing the opposite case to gambling.

The biggest controversy lies in the fact that it is not really known whether video game addiction is a disorder in itself or a symptom of another psychological pathology . This has fostered much research, information seeking, and debate among medical entities, but a clear answer has yet to be found. As long as this “disorder” is not included in the diagnostic manuals, it cannot be considered as such. 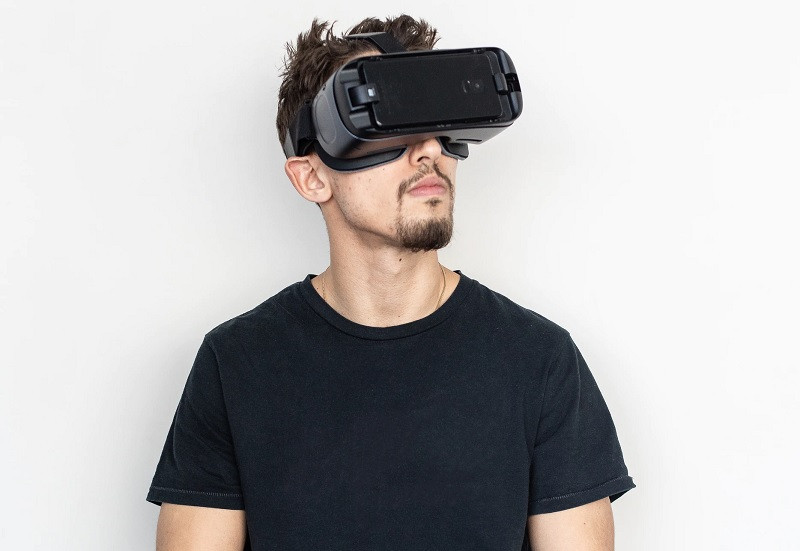 With these lines we do not mean that chronic exercise, compulsive shopping or video game consumption 10 hours a day are not examples of addictions without substances. Our aim is to emphasize that there is not enough information about these events and, therefore, it cannot be fully determined whether they are isolated clinical entities or part of another larger picture.

For example, compulsive exercise may be a diagnostic criterion for muscle dysmorphia (vigorexia), but the act itself without context does not indicate a disease by itself. For all these reasons, care must be taken when calling behavior addictive.