Video games are part of the life history of the new generations. Many people in their twenties and thirties have chosen this medium as a form of entertainment and, based on it, have created communities, strong ties and memories worthy of recognition. There is no doubt that gaming has made its way into modern society as a form of entertainment in many facets, and proof of this is the thousands of people who make their living thanks to this booming industry.

As with any entertainment medium that is expanding in society at a dizzying rate, it is normal for fears, worries and fears to arise, especially from parents who expose their children to this type of playful activities. Ignorance implies distrust and, therefore, being away from the field of video games can cause certain suspicions to appear.

Here you will find a summary of the emotional consequences of video game addiction in adolescents, and a reflection on this concept at a medical and psychological level.

What is an addiction?

We start by laying the foundations: addiction is dependence on substances or activities that are harmful to health or mental balance. Defining an addictive condition is easy when it comes to drug use: for example, nicotine enters the patient’s system, the neurotransmitter (GABA) is released, dopamine is released, and a feeling of euphoria appears. Addictive mechanisms are also developed by changes in the norepinephrine and glutamate systems, as these cause stimulating effects.

The problem is that, when neurons are overexposed to the addictive substance, dopamine secretion is limited and the patient requires more and more doses of the substance to reach the same peak of euphoria. Thus, a complex mechanism of dependence develops, where the consumption of the drug must be increasingly increased in quantity and time.

Is video game addiction an addiction?

The American Psychological Association (APA) publishes, from time to time, the Diagnostic and Statistical Manual of Mental Disorders (DSM). Its fifth edition was published in 2013, and this document sets a chair in the diagnosis of disorders and their validity. According to DSM-5, video game addiction is not yet conceived as a separate clinical entity to this day.

There is not enough evidence that separates this possible addiction as its own picture (as is the case with gambling), although the APA recognizes that it is necessary to continue investigating the possible dependence on video games to find a more accurate diagnosis.

For example, studies have shown that there are convergent physiological activities between people who develop a dependence on this means of entertainment and those with abusive relationships with some substance. For example, the dorsolateral prefrontal cortex, the orbital frontal cortex, the dentate gyrus of the hippocampus, and the thalamus have been shown to be activated similarly in both patients. All of these structures appear to play essential roles in the development of addiction.

In addition, it has been shown that those people “addicted” to video games feel anxiety when they cannot play, an event connected to the dopaminergic circuit, as happens with other drugs. For all these reasons and more, the World Health Organization (WHO) has included this disorder in the International Statistical Classification of Diseases and Related Health Problems (ICD-11). 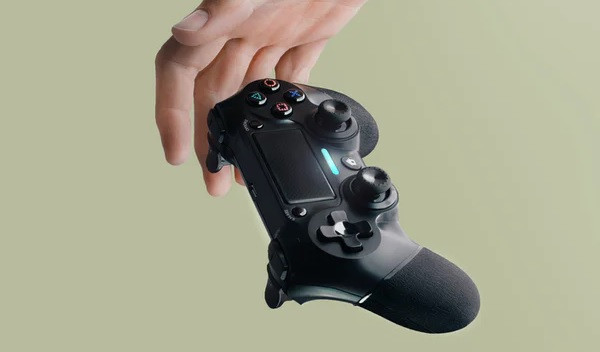 The effects of video game addiction

As we have seen, today video game addiction is not considered a separate disorder from the rest, but this does not mean that it will not be so in the future or that it is not part of a broader clinical picture. According to the APA, these are the following criteria proposed to quantify gaming disorder:

All these diagnostic criteria have been proposed, but as we have said previously, they have not yet been accepted. Even so, it is possible that, in future revisions of the DSM, video game addiction will be included as a clinical entity of its own, due to the similarities it presents with other disorders.

If we operate on a scenario in which video game addiction is considered clinically relevant, all of these events could have a host of emotional consequences for adolescents who develop these problems. For example, constant concern related to the activity of playing could translate into less attention in the student environment and, therefore, a greater probability of academic failure. This, in turn, often leads to feelings of worthlessness and / or depression.

The home isolation that in many cases playing video games entails could translate into a greater risk of social exclusion, which again, translates into various emotional imbalances: problems in self-esteem, in the sense of belonging, perception of meaning and flattening emotional. All of this could also have effects on the isolated adolescent’s cognitive development.

In addition, the chronic anxiety that this dependence could generate would translate into emotional fatigue, tiredness, somatization of symptoms and even some quantifiable physiological events. Cortisol (the stress hormone par excellence) has a clear immunosuppressive role, so it is normal for people with chronic anxiety to feel more weak and easier to get sick.

You have to be very careful when reporting these types of conditions and, for this reason, we have used the conditional in these last lines (could, would, would). If the APA has not yet classified video game addiction as a disorder of its own, it is because there is insufficient evidence of how negative it can be, so we cannot state its consequences in a blunt way.

For all these reasons, the world’s scientists and psychologists are left with only one option: opt for a conservative approach and continue to investigate. If a person has problems with video games, they will require psychological help (like any other patient), but the treatment should depend on each case and the opinion of the professional until the practices and diagnosis of this possible clinical entity are standardized.

How is the pandemic affecting adolescents?